I am sure that every generation feels like they are living in dark times. We even named a whole era in human history as the Dark Ages. Right now we can feel like there is a lot of dark around us with all the changes in our lives which have accompanied the Corona-19 virus. The numbers of deaths and hospitalizations continue to rise. In addition, we have been living in a very volatile political environment for years as human decency has left most civic discussions and legislative debate. Truly feels like a dark time in so many ways.

As a believer in Jesus Christ, I have wondered how to respond to the surrounding events during this dark time. I have followed all the practical advice of the medical community regarding the virus. I have listened to the conversations in the political spectrum and attempted to avoid engaging in hostile debates. But there seems to be something more which I can, must, do. Then I am reminded of a song which I sang in Sunday School in my small church while growing up, This Little Light of Mine. The song is a reminder of Jesus’ words, “In the same way, let your light shine before others, that they may see your good deeds and glorify your Father in heaven.” (Matthew 5:16, NIV) Jesus tells us that we are to be lights in the world. The question this begs is how do we go about being lights?

Clearly for me, being an example is the way I can be a light in the world. I can wear a mask when I am in an indoor public setting or one where social distancing is a challenge. I can listen to others who have a point of view which is different from my own and not judge that viewpoint. Taking the time to educate myself on the experiences of other individuals will be an example.

Another important way for me to be a light in the world is by sharing compassion and hope with others. Jesus showed compassion even to those who were engaged in his crucifixion. Compassion is not attempting to better others. Using words that build up and not tear down another’s self is compassion. Being present with others even when you do not understand what they are experiencing is compassion.

Sharing hope is reminding each other that we do not walk alone but together and with the Lord. Identifying the positive of each day shares hope. Putting the events of our lives in perspective with the history of humanity and God’s children can produce hope. Sharing the promises of God as identified in Scripture leads to hope.

We are called to share our light with a world experiencing darkness. How are you choosing to shine your light? Let your light shine and do not let anything blow it out! 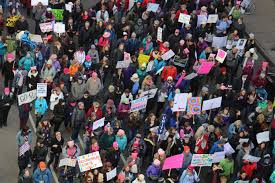 This is the last planned blog post as part of the series which I began last week. The series is intended to give reasons which I believe cause people to say the church no longer works for them. Here are the earlier posts in the series:

Why Does Church No Longer Work

Today’s discussion will be in regard to the church’s perceived lack of action. This perception is not due to the fact that the church does not have numerous activities within its fellowship. I would argue that the opposite is actually true. The church seems to always have something scheduled or planned. The requests for teachers and leaders, for food providers, for workers, for participants, seem to be almost never ending. The church is always busy with something. No, the lack of action refers to making a difference which impacts the world.

I want to again caution the reader that this is perception. I think it is unfair to state that the church does not have an impact on the world at times. However, I think the reason for the perception is that this is far too infrequent. The church is generally good about coming to the aid of people who are experiencing losses due to natural disasters. The response of the church toward local people who need some emergency assistance financially is alright. I would say that given the resources made available to the church, it does a fair job of responding in crisis situations. Yet is that all which calls the church into action?

When I talk to those who are walking away from the church, one of the reasons that they state is that the church often is too inward focused. As I explore what that means to them, I hear words which indicate that they wish to belong to a group who makes a difference in a visible way. These people seek a church which stands up for the groups in the world who are marginalized, ridiculed, condemned, persecuted, ostracized. They desire to be part of a church which does not act like judge and jury but instead goes outside the walls to be with those who are on the outside (of the church and society). This is the difference which they wish to see occur. When I listen to them, I hear the words of Jesus, the Christ. I hear the words of the Old and the New Testament. I hear the expectations God has always placed upon humanity.

The charge of a lack of action has nothing to do with busyness. The church is very busy, especially within its walls. This charge comes from the inactivity of the church to be a voice which challenges society’s ostracizing ways. This charge comes from the church focused on building itself up instead of building individuals up. It is a charge which unfortunately is too often true.