Today as I was looking at some Christian artwork, I came across a picture created by Yongsung Kim (click here to learn about the artist.) As I viewed the picture, the story of Peter attempting to walk on water (Matthew 14:22-33) came into my mind. Then I began to consider the many times I have needed Jesus to reach into the water and pull me up in life. View this picture and share your thoughts.

1. What do you notice about Jesus?

2. When you see Jesus’s hand, what thoughts come to mind?

3. When have you needed Jesus to reach into the water for you?

4. What led you to need Jesus’s saving act?

5. How did you respond to Jesus?

“Come, all you who are thirsty,
come to the waters;
and you who have no money,
come, buy and eat!
Come, buy wine and milk
without money and without cost.
2 Why spend money on what is not bread,
and your labor on what does not satisfy?
Listen, listen to me, and eat what is good,
and you will delight in the richest of fare.
3 Give ear and come to me;
listen, that you may live.
I will make an everlasting covenant with you,
my faithful love promised to David.
4 See, I have made him a witness to the peoples,
a ruler and commander of the peoples.

Many of us have not experienced what it means to not have food when hungry, or something to drink when thirsty. We may have had short periods of time when we have been unable to access food or drink but it never has become a life-threatening situation. There are people in our communities who have, and do, experience food and drink insecurities. Even today in the United States there are children and adults who are malnourished and facing life-threatening inadequacies. This is true in every nation on earth. For most of us, this situation is so far removed from us that hunger and thirst is only a hypothetical experience. Only if we open our eyes to those who society wishes to hide, or we are confronted by images on the television, are we able to acknowledge such a physical need.

The writer of Isaiah takes hunger and thirst beyond a physical experience to a spiritual one. In our passage today, the prophet speaks on behalf of God. God invites all to come to God to be satisfied. The thirsty will find water that quenches the thirst indefinitely. The hungry will be filled completely. No payment is required for what God offers. God offers all which is necessary for life within an experience of great love.

While the physical hunger and thirst may be a them-not-me experience for us, the spiritual hunger and thirst is often very familiar. We are born with a desire and need to be spiritually fed. When this need is going unmet, we search for spiritual food and drink just as our human bodies instinctively do the same. God created us in a way that both these forms of need and searching are part of who we are as beings. Only God can meet the needs of our spiritual being in a way which is long-lasting and completely satisfying. All others are temporary and eventually unfulfilling.

God extends an ongoing invitation, “Come all you who are thirty…” This is an invitation which Jesus repeats as well.  The invitation is for you. 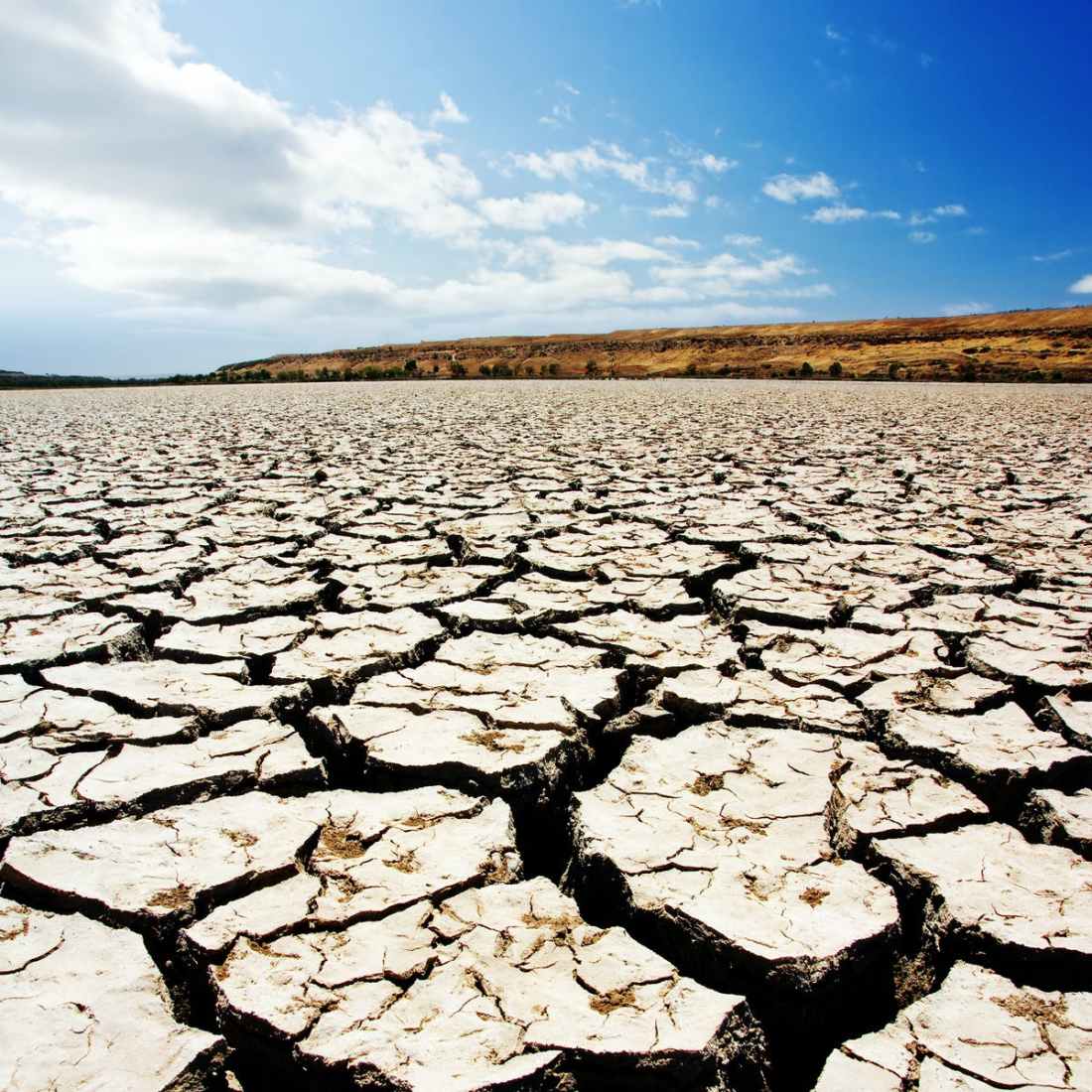 5 This is what the Lord says:

“Cursed is the one who trusts in man,
who draws strength from mere flesh
and whose heart turns away from the Lord.
6 That person will be like a bush in the wastelands;
they will not see prosperity when it comes.
They will dwell in the parched places of the desert,
in a salt land where no one lives.

7 “But blessed is the one who trusts in the Lord,
whose confidence is in him.
8 They will be like a tree planted by the water
that sends out its roots by the stream.
It does not fear when heat comes;
its leaves are always green.
It has no worries in a year of drought
and never fails to bear fruit.”

Rain is vital for the sustainability of the earth. While there are desert sections of our world, much of the habitat areas of land require rain. Precipitation is necessary for most plant and animal growth. The oceans and waterways require moisture in some form to replenish and sustain life. When we experience periods of drought, the effects can be devastating to all forms of life. The dust bowl in the United States during the early 1930s shows what life changing impact draughts can have on the land, animals, humans, and economy. Simply put, we need rain and snow in order for us to live a comfortable and productive life.

The prophet Jeremiah has a message from God which he is sharing with the people. He tells them that they should not place their trust in humanity and turn their backs on the Lord. When one places trust for their lives in human power, they will come to suffer and be disappointed. Hardships and difficulties await those who rely on humanity completely. Instead, Jeremiah says that we are to trust in the Lord. When one does so, they will receive everything which they need to sustain their lives. Their lives will be productive. They will be able to withstand the difficulties which arise.

Relying upon one’s self or completely on the abilities of humans, leads to disappointment and even disaster. While God uses humans to achieve God’s work, humanity itself is not capable of providing everything. Humans have a limited perspective. The skill set of only one human or a small group of humans has limited effectiveness. God sees the whole picture and knows how to put together combinations which will produce effective and sustaining results. In partnership with humanity, the Lord does wondrous things.

Trust not in self or humanity. Trust in the Lord. When you do, the Lord will become a partner and you will have all which you need.

37 On the last and greatest day of the festival, Jesus stood and said in a loud voice, “Let anyone who is thirsty come to me and drink. 38 Whoever believes in me, as Scripture has said, rivers of living water will flow from within them.” 39 By this he meant the Spirit, whom those who believed in him were later to receive. Up to that time the Spirit had not been given, since Jesus had not yet been glorified.

40 On hearing his words, some of the people said, “Surely this man is the Prophet.”

Still others asked, “How can the Messiah come from Galilee? 42 Does not Scripture say that the Messiah will come from David’s descendants and from Bethlehem, the town where David lived?” 43 Thus the people were divided because of Jesus. 44 Some wanted to seize him, but no one laid a hand on him.

45 Finally the temple guards went back to the chief priests and the Pharisees, who asked them, “Why didn’t you bring him in?”

46 “No one ever spoke the way this man does,” the guards replied.

47 “You mean he has deceived you also?” the Pharisees retorted. 48 “Have any of the rulers or of the Pharisees believed in him? 49 No! But this mob that knows nothing of the law—there is a curse on them.”

50 Nicodemus, who had gone to Jesus earlier and who was one of their own number, asked, 51 “Does our law condemn a man without first hearing him to find out what he has been doing?”

52 They replied, “Are you from Galilee, too? Look into it, and you will find that a prophet does not come out of Galilee.”

As humans, water is a vital element in our lives. Scientists tell us that approximately sixty percent of a human adult body consists of water. They also state that a human is only capable of surviving an average of three days without water. After that point there will be a noticeable physical color change due to reduced blood flow. Within five days the organs begin to shut down, including the brain. Our bodies need regular intake of water. If you have ever experienced or known someone who has suffered dehydration, you can attest to the need for regular consumption of water.

Not only does our physical body have a need for water but our spirit also needs to drink. Jesus raises this need in the passage from the Gospel according to John. The Lord tells anyone whose spirit is thirsty to come to him. He promises those who do will drink from the living waters, the Spirit. The Spirit of the Lord is ever flowing and readily available to supply the soul. Jesus’s promise creates controversy among the people, even the Jewish leadership. They spend time arguing over whether Jesus is a prophet, the Messiah, or a fraud. Instead of coming to Jesus to drink from his Spirit, they argue about the source of the water which will satisfy their spiritual thirst.

Before we rush to condemn the people in the temple courts on that day, let us realize how often we behave the same way. Jesus continues to daily extend the invitation for a drink from the Spirit. Instead of rushing to receive, we in the church argue over the source and nature of the source. As individuals, we can even have the argument with ourselves. How many times do we miss out on the refreshment of the Spirit because of our own disagreements and doubt?

Just as our bodies require regular and consistent drinking of water in order to survive, our spirits require drinking from the living waters of Jesus Christ. Failure to regularly come to and receive from the Spirit will result in a change of our own. The most drastic outcome could be the death of our spirit.

“Let anyone who is thirsty come to me and drink.” – Jesus