The birth of a newborn is an absolutely amazing experience. The lives of the parents change dramatically. In many situations the birth signals a new beginning with an endless amount of possibilities. One, or both, of the parents may wonder what is in store for this new life. Maybe this child will become President of the United States or the Chief Justice of the Supreme Court. Perhaps this new one will be the scientist who discovers a cure for cancer or the physician who perfects a spinal cord regeneration surgery. This baby might become the person who writes the box office success which remains on Broadway for fifty years or the painter who created a masterpiece that hangs in the Louvre one day. The possibilities are endless no matter the circumstances of the beginnings.

Our passage for today comes from Exodus and tells the story of a child’s beginnings. The Israelites were living in Egypt after having fled famine in their native land. The opportunity came from the unfortunate selling of Joseph into slavery by his brothers. (But that is another story to tell.) Over time the leadership of Egypt changed and the Israelites became servants and workers for the Egyptians. They were considered by the Egyptians to be second class. Social rules were established to keep a separation between the two groups of people. Into this, a baby boy is born. His Hebrew mother saw a bleak future for him so she arranged a plan to have Pharaoh’s daughter find him. The plan worked brilliantly and Pharaoh’s daughter adopted the boy. She gives him the name Moses.

From one of the humblest beginnings, a powerful servant leader of God’s people emerges. Moses’s story is truly amazing as he rises and falls in stature, only to rise again. The story of Moses’s start serves as a reminder to us that no matter the circumstance of our birth or the events of our lives, we are capable of having a meaningful impact on the lives of others. We may not become the leader of a nation which we deliver out of captivity but we still can be a part of changing the direction of someone’s life. We may be the one who inspires someone else to alter the course of a nation. The possibilities are endless and timeless.

No matter how your life began or what events have shaped you, remember what you do today can be the most world  altering act for others. In God, there is always greatness in each one of us. Today may be the day in which you change history. Seek what the Lord has planned for you today whether you feel worthy or not.  Moses’s mother did. 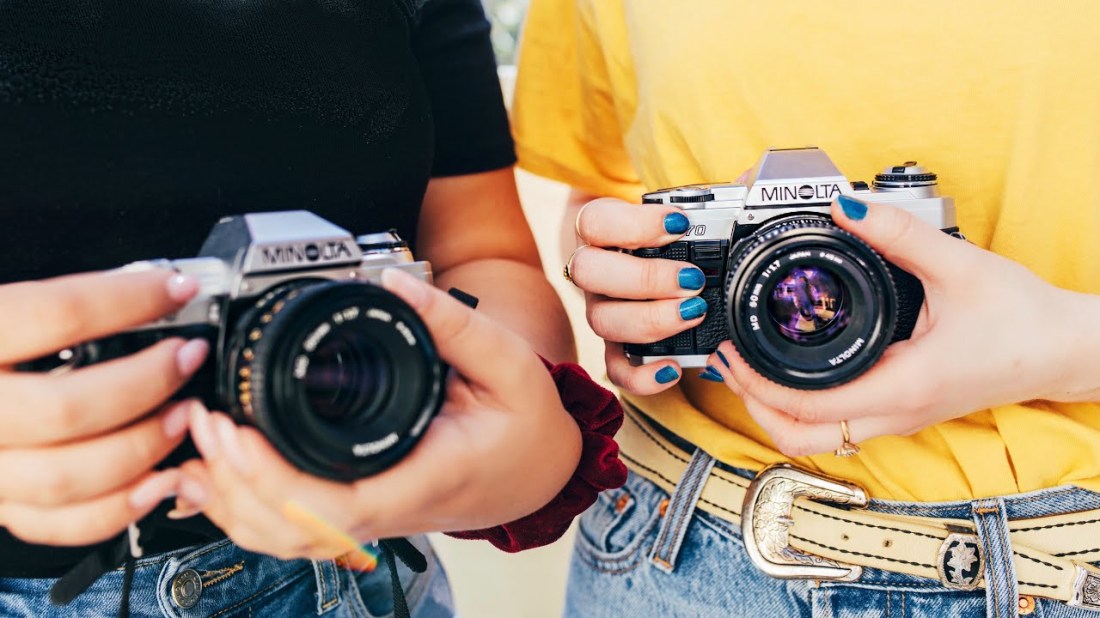 Have you ever taken pictures with a manual 33mm camera? When I was in high school I was taught how to take and develop pictures using a manual 35mm camera. I was a member of the yearbook and student newspaper staffs which each needed all types of pictures taken for the publications. This became a very enjoyable assignment for me. I had to learn how and on what to focus for each shot as I turned the dial on the lense which I chose to attach to the camera. Often the subject in the center of the picture became the element which I would focus upon. The focus had to be  precise or the picture was worthless. I still own my own 35mm manual camera even though I have not used it in years since now my cellular phone’s camera is easier and readily at hand.

As we read from Paul’s letter, the conversation involves who is receiving the focus. These verses are part of a discussion Paul is having in regard to how to live together as Christ followers. He is telling the readers to not be arrogant and self-centered. After these verses, Paul will lift Jesus up as an example of how to be humble and take the interests of others to heart alongside our own interests.

The trap of focusing just on one’s self is an easy one to fall into for us. There are many demands and expectations placed upon our time, energy, and money. Temptations of wanting more and better surround us. Threats of losing what we have seem to be endless as we watch the news and hear the stories of neighbors, friends and family. A person can reach the point of accepting the idea that it is a “dog eat dog world” which demands us to focus solely on our wants, needs and desires.

Paul tells us that this is not the attitude to have as a follower of Christ. We are not to place ourselves ahead of others. Our wants, needs and desires must be placed alongside the interests of others. As Jesus was willing to humble himself to the point of sacrificing all, we must be willing to do the same. A self-centered Christian is not demonstrating the way to live as Christ.

Then Jesus said to the crowds and to his disciples: 2 “The teachers of the law and the Pharisees sit in Moses’ seat. 3 So you must be careful to do everything they tell you. But do not do what they do, for they do not practice what they preach. 4 They tie up heavy, cumbersome loads and put them on other people’s shoulders, but they themselves are not willing to lift a finger to move them.

5 “Everything they do is done for people to see: They make their phylacteries wide and the tassels on their garments long; 6 they love the place of honor at banquets and the most important seats in the synagogues; 7 they love to be greeted with respect in the marketplaces and to be called ‘Rabbi’ by others.

One of the pitfalls which many celebrities can experience is when they became arrogant or aloof with their notoriety. They come to expect certain types of treatment when they go to restaurants, parties or stores. When they contribute to a charity or do an act of service, they assume they will be noticed and acknowledged in some public manner. Celebrities are not the only ones who can succumb to this pitfall. Ordinary people risk adopting similar attitudes and behaviors if they are given power or status for whatever reason.

In a conversation with his disciples, Jesus calls out this potential pitfall. Jesus warns against following the example of the Pharisees who exalt themselves. They make a public showing of their actions. Instead Jesus tells the disciples to humble themselves and be servants. They are not to take titles or place anyone, including themselves, in the place of the Father or the Messiah. The pitfall of arrogance is to be avoided through conscious humility.

We would do well to listen to Jesus’s warning and instruction. Jesus is not indicating that we show or promote disrespect but instead he is advocating we keep a healthy perspective when it comes to recognition and acknowledgment. We are to avoid assuming that we deserve anything outside the decency and honor any person deserves. Anything more than that should be because others have chosen to offer it and not that we have an expectation for more. Our service to and for others should be done because we are following Christ’s example, not to receive accolades. We should always reserve the places of highest honor in our lives for the Father, Son and Holy Spirit.

Then Jesus went around teaching from village to village. 7 Calling the Twelve to him, he began to send them out two by two and gave them authority over impure spirits.

8 These were his instructions: “Take nothing for the journey except a staff—no bread, no bag, no money in your belts. 9 Wear sandals but not an extra shirt. 10 Whenever you enter a house, stay there until you leave that town. 11 And if any place will not welcome you or listen to you, leave that place and shake the dust off your feet as a testimony against them.”

12 They went out and preached that people should repent. 13 They drove out many demons and anointed many sick people with oil and healed them.

There are a variety of ways people pack when going on a trip. If it is a business trip a person must pack business attire with a few casual outfits included. Packing for a vacation requires a much different type of clothing. Destination also impacts the choice of apparel as well. The amount of items packed varies among individuals. Mode of transportation will influence the number and weight of luggage chosen. Duration of stay is a variable in packing decisions. I usually monitor the weather forecast in the community to which I am traveling so I know the type of clothing to pack. I always take extra clothes in case I get something on what I plan to wear or if there is a delay with my return.

Jesus gives packing instructions to the Twelve disciples who he is sending to other villages. In Mark’s account, Jesus is traveling from village to village. He calls the Twelve and gives them authority to teach and heal. The Twelve are told to skip packing altogether. They are not to even take along a spare shirt. Jesus wants them to rely on the hospitality of a stranger. The disciples are vulnerable and dependent which would humble them. This would project a non-threatening image to the people. Such an image encourages open dialogue. Jesus tells the Twelve that if they encounter resistance, they are to leave that village behind and forget about it. Mark records that the disciples experienced much success.

A lesson can be learned from this story regarding how we are to approach others with the Gospel. We are to be humble and vulnerable in our approach. Vulnerability encourages openness since there is no sense of threat. Another important point is leaving baggage behind. We may be tempted to bring along all the trappings of our religious backgrounds. These can be overwhelming to those who we are approaching and can deter them from listening to us. The other message Jesus communicates here is not taking rejection personally but instead we are to move on and no longer be concerned about the one who rejects us. The Lord will choose what the next step is for them.

The Lord sends you, remember this lesson as you prepare to go.