7 How beautiful on the mountains
are the feet of those who bring good news,
who proclaim peace,
who bring good tidings,
who proclaim salvation,
who say to Zion,
“Your God reigns!”
8 Listen! Your watchmen lift up their voices;
together they shout for joy.
When the Lord returns to Zion,
they will see it with their own eyes.
9 Burst into songs of joy together,
you ruins of Jerusalem,
for the Lord has comforted his people,
he has redeemed Jerusalem.
10 The Lord will lay bare his holy arm
in the sight of all the nations,
and all the ends of the earth will see
the salvation of our God.

These days there seems to be an endless amount of bad news to be shared. Throughout the day my phone gives me notifications of new posts from news sources and social media which contain accounts of negative events in the world. Turning on the local news at night also reminds me how bad situations are in my community. I am reminded of times during my life when watching a news broadcast carried a running count of trouble; Vietnam War deaths, Iranian hostage days, World Trade Center deaths, and soldiers killed in the Middle East. Now we hear each day the number of infected people and deaths connected to the pandemic. All sobering reminders of how difficult our world can be at times. But even in the midst of all the bad news, there is good news to be shared.

Isaiah speaks of the sharing of good news in today’s passage. He shares how beautiful are the ones who bring good news to the people. Here Isaiah is referring to God’s messengers who tell the people that they will experience God’s presence in their midst. This is the God who has redeemed them after years of submission to others. God will comfort the people. Joy will fill the people again. All of the people in the world are going to see God’s power and salvation. After years of struggle and sadness, the people will shout for joy.

Today we may struggle to see good news in our situation. Many people only see the illness, death, destruction, division, and economic crisis surrounding them. Each day people lose hope. Yet in the midst of all this, the good news of which Isaiah speaks remains and has been increased. God is still very present with us. Through Jesus Christ, God has redeemed the world and brought salvation to all. We are the ones who have the beautiful feet to bring the Good News, the Gospel, to the world. You and I can, and must, share the message of the Lord with a world of people searching for hope. 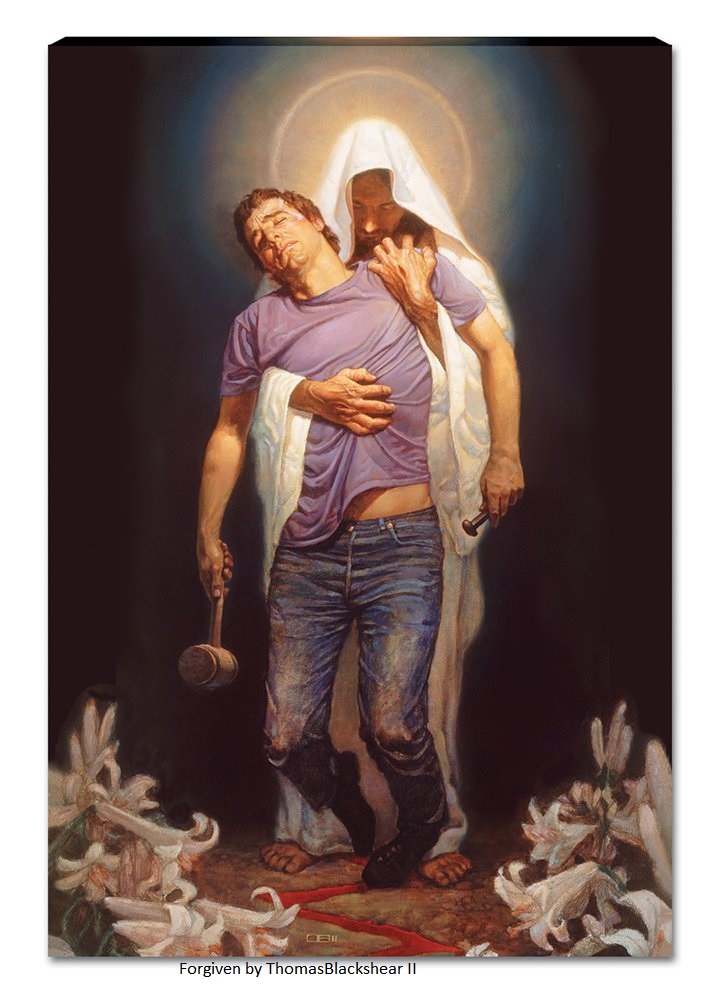 “For I am convinced that neither death nor life, neither angels nor demons, neither the present nor the future, nor any powers, neither height nor depth, nor anything else in all creation, will be able to separate us from the love of God that is in Christ Jesus our Lord.” (Romans 8:38-39, NIV)

It was many years ago when I was introduced to this passage from the Bible. I was asked by a very close friend to become involved in a week-long camp for youth interested in music, arts and drama. I was recruited to lead the drama portion at the Presbyterian camp near where I grew up. The youth came to camp on Sunday and were given the script to a musical which was chosen in advance. We spent the week auditioning, rehearsing, building sets, worshiping, studying the Bible, and enjoying the lake. The camp culminated in a performance of the musical on Friday night. A few years later, we began to also tour with the musical around the area for three additional performances. One of the musicals which we chose to perform was entitled, Big Picture. Toward the climax of the plot, a grieving parent sits on his son’s bed and reads from his son’s open Bible. This is the passage which he reads and his perspective on life and God is forever changed. (You can send me a message if you want to know more about the plot.)

Since assisting with this musical, this passage has become the most important Bible passage to me. I have often turned to these words when dealing with challenges in my life. This passage has spoken to me when I feel unloved or unworthy of being loved. When doubts about my faith have arisen, this passage echoes in my mind. Asked what is the most important thing to know about God and I will answer by quoting these words attributed to the writer of the letter to the Romans.

From my perspective, these are the only words a person truly needs to know when thinking about their relationship with God. My reasoning is that if there is NOTHING which can separate us from the love of God, why worry.

Our world tries to convince us that we can never measure up to what God wants. Churches have even made the mistake of saying that the only way to be in relationship with God is by following a list of rules. People have told others that their actions, words, thoughts, lives are unfit for the love of God. Criteria has been established in some faith communities to determine who qualifies to be a member based on the color of their skin, their financial status, their sexuality, their type of work, their background. To all of those with this approach to Christianity, I say it is time to read your Bible again and specifically this passage.

The writer makes it very clear here that no power upon the earth, no spiritual being, no aspects of our lives are capable of removing us from the love of God. We are not even capable of doing this for ourselves. God loves us completely as demonstrated through the life of Jesus the Christ.

Throughout time, I have had the pleasure of reading some amazing books regarding faith and faith journeys. A few of my favorites are The Chronicles of Narnia, The Shack, and Too Busy Not to Pray. Each of these books have given me wonderful insights and amazing motivation. A key aspect of these books is that they are each told in creative ways from the perspective of a person on their own faith journey. This journey is revealed in the pages of their stories. Through this, they have demonstrated the meaning of evangelism.

Many people are resistant to the term, evangelism. Much of this resistance stems from negative experiences which they have had in life when a person tries to aggressively communicate their beliefs to the one listening. Within that communication there may exist words that are easily perceived as threats or attempts to generate fear in order to get the listener to adopt the beliefs being presented. Many Christians do not wish to be associated with this type of behavior, so they shy away from the term evangelism or evangelizing.

In truth, evangelism is actually sharing the good news found in the message of Jesus Christ. The best way of communicating this good news, the love of God extended to everyone as exemplified in Christ’s death and resurrection, is by sharing a person’s own faith journey with another. This is exactly what the authors of the books I mentioned above did for various reasons. In this manner, there is no pushing beliefs on others since each person decides if they read the book or not. There is no fear or threat found in the pages of these books. Instead, they share a story and in the process invite others to explore and discover the Good News.

Here we have an excellent example of what every believer is called to do in their life. Every believer is asked to share their own story. The manner in which the individual may choose to share the story is based on the gifts and talents of that person. There is no special formula which must be followed. Just share. In each of our faith stories there is inspiration and motivation.