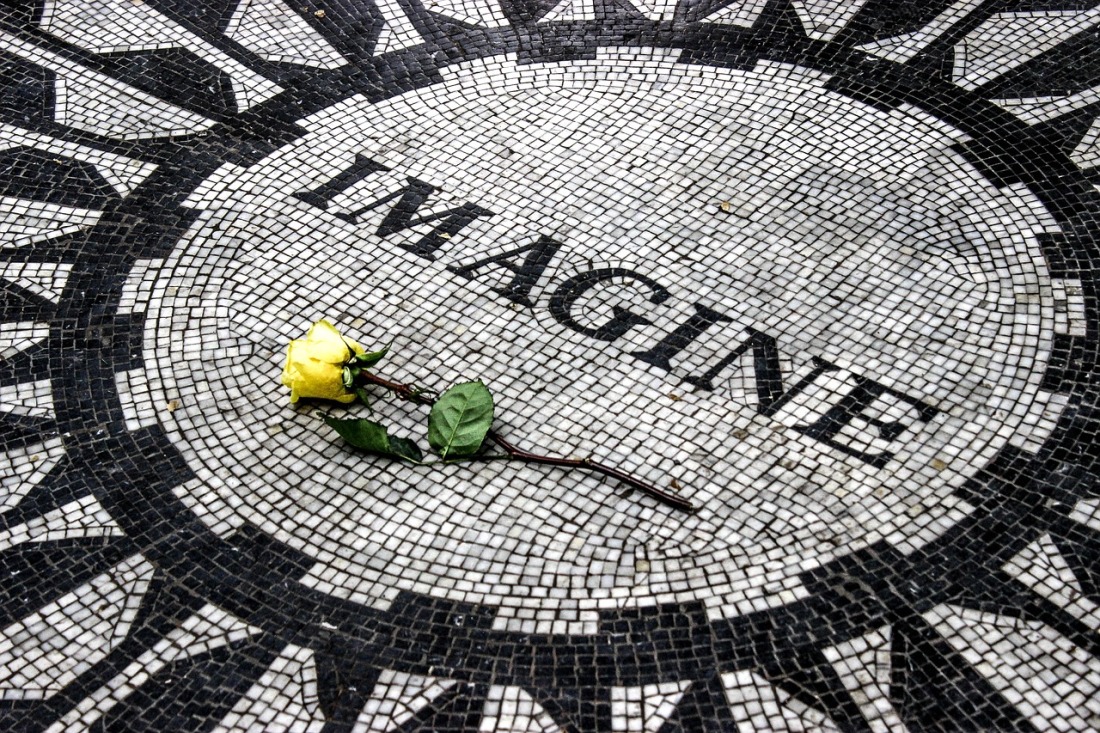 This is what Isaiah son of Amoz saw concerning Judah and Jerusalem:

2 In the last days

the mountain of the Lord’s temple will be established
as the highest of the mountains;
it will be exalted above the hills,
and all nations will stream to it.

3 Many peoples will come and say,

“Come, let us go up to the mountain of the Lord,
to the temple of the God of Jacob.
He will teach us his ways,
so that we may walk in his paths.”
The law will go out from Zion,
the word of the Lord from Jerusalem.
4 He will judge between the nations
and will settle disputes for many peoples.
They will beat their swords into plowshares
and their spears into pruning hooks.
Nation will not take up sword against nation,
nor will they train for war anymore.

In 1971, former Beatles member John Lennon released the song, Imagine, which he had co-written with Yoko Ono. The song seems to respond to the turbulent times of the late 1960s and early 1970s. It is a soft ballad which speaks of a much different world. As you listen, you are invited into what feels like a daydream, a hope that all which divides the human race and leads to violence would be gone. Throughout history there has always been a longing for the end of division and violence. Lennon and Ono’s words have been uttered in some form by every generation. Even today, we have the same longing which seems out of our reach. However, this longing will be fulfilled just not by human hands.

The passage from Isaiah addresses this longing and the path toward its fulfilment. In these words, Israel and we are told that the Lord will establish a temple at the highest visible point on earth. All people will be drawn to this temple because it is there where God will teach all God’s way, a very different approach than what humanity has followed. Here God will settle the disputes which humans have with one another. The end of conflict which the Lord establishes will bring about a time when instruments and skills of war will become unnecessary. Instead the tools necessary to care for the needs of humanity will become the priority. All of this sounds a lot like the song of Lennon and Oko.

Isaiah, Lennon and Ono invite us to join them in a vision, a daydream. This vision is one of harmony which can only be fully established by the Lord. While we daily strive for the elements of this vision, it is only possible if we learn and adopt the Lord’s way. The Lord’s way focuses on love which is demonstrated in our actionis and words. A love which overcomes the conflicts in our lives.

“You may say I’m a dreamer. But I am not the only one. I hope someday you will join us and the world will live as one.”

Lyric from Imagine by Lennon/Ono